Confluence – An Art Exhibition of Artists from India & Canada 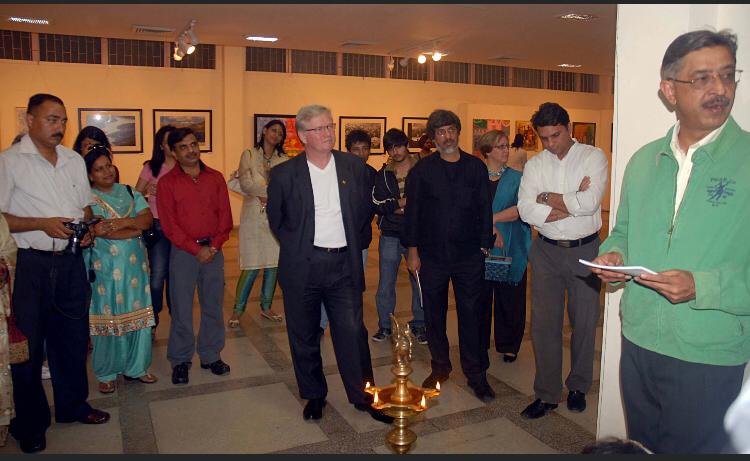 Confluence
– An Art Exhibition of Artists from India & Canada 2011

Going by the philosophy that the world is a small place and artists from different areas must meet and share their sensibilities, we organized an Indo-Canadian Art Exhibition – Confluence. Once again, Artscapes successfully brought together as many as 43 artists not only from across the country, but also Canada. The affair was not just confined to vibrant artworks or catchy photo frames; rather it saw the who’s who of Chandigarh turning up at the exhibition. Chief guest Justice Ajay Tewari inaugurated the event, which had Scot Slessor, consul general of Canada, as the guest of honour. A repertoire of paintings and photographs, ‘Confluence’ was yet another attempt by us to bridge the gap between artists and art lovers.

The practice of making art is archaic. Somewhere along, infused with a compulsion to know, we began to sieve expression into media, time periods, regions, and isms. In our global culture today, boundaries within various art forms are diminishing. However, the diverging sensibilities that may govern how art is made or more importantly, how art is understood, are quite palpable. The contested nature and the practice of theorizing art, which is deeply rooted in the “refined and progressive” western system and values to that of the “crude and ugly” non western traditions, still occupies many of our minds.

More artists today find their identity embedded in urbanism, universality, and multiculturalism. While there are some who tirelessly engage in looking at the “old” in an attempt to retain the specificity of national identity, and then there are others torn among these two, finding solace in some third space.

This show finds its audience poised on the banks of a confluence where art and its distinct sensibilities, practices, influences, and treatments converge. The exhibition showcases artists from different streams of life and their works aptly echoing an immense conviction. The show provides us with an insight, into the turmoil and unrest of a moving experience that precedes the tangible reality of an art piece. 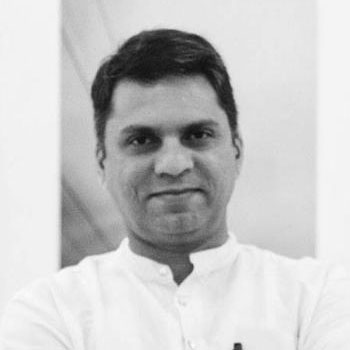 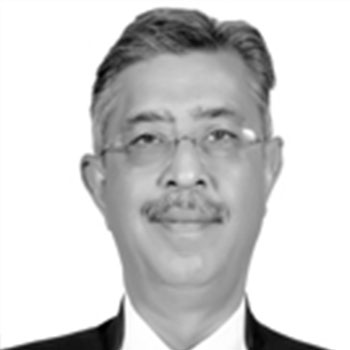 What is Art? Appreciation of beauty is programmed into the DNA of many living creatures, though limited to the brilliant mating displays in the animal world. But what could have been the first truly artistic impulse in our pre-historic humanoid ancestors? Was it the cadence of clapping or was it tuneful vocalization or rhythmic body movements? Of-course the only permanent sign we have at present is various pre-historic cave paintings. Today, Art may be defined as any activity or product made by humans in a sensory form for aesthetical or communicative purposes, expressing ideas, emotions, or, in general, a world view. It may include architecture, dance, sculpture, music, painting, poetry, film, photography, comics, design, graphics, fashion, gastronomy, video, computer art, performance, advertising, animation, television, video games and even things like designs of industrial/ scientific products.

There is strong similarity between India and Canada in one fundamental sense; that of multi culturism and multi-ethnicity but otherwise they are far distant, not only in point of location but also in point of time, India being an old country with a history going back at-least 50 centuries while that of Canada could be about 10 times younger. Another unifying factor is that people from India may form the largest visible minority in Canada, and even among them, people from this region abound. Canadian Art originated from Native Americans and Inuits. In Colonial times it was heavily influenced by Europe and it was only in the 20th Century that it matured into a distinct entity with its present day multi-cultural cross fertilization while India has had an artistic identity for 4000 years.

This catalogue documents the contemporary paintings, prints, photos and watercolors of a collection of Indian and Canadian artists pulled together by Art Scapes an active NGO in Chandigarh. Art Scapes, the creation of Ms. Simart Sharma and Mr. Suraj Mukhi Sharma, work tirelessly to bring sustenance to the insatiable Chandigarhian art appetite. The works include 42 artists and feature works in different media; pastels, drawings, photographs and prints. The12 Canadian artists included in the exhibit come from across Canada and offer some intriguing representations of Canadian landscapes including some winter photos that I confess make me nostalgic. The works here capture a wide array of landscapes and emotions caught both in exchange between figures and in the soulful expressions captured in portraits the artists. There are a host of national and international accolades that have been awarded to the artists in this exhibition. The Indian artists bring a tantalizing collection of traditional, modern and abstract Indian images and represent well the creative depth of India. The artists themselves are from all corners of India and Canada. I am sure you will enjoy the exhibit and the catalogue will allow you take the images home to show others. I wish the organizers and artists all the best with this and future shows. 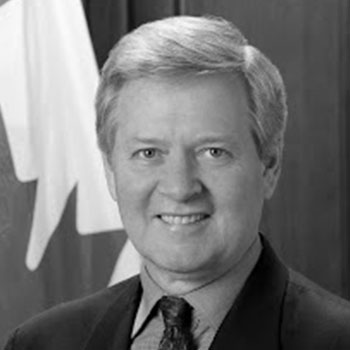 Confluence – An Art Exhibition of Artists from India & Canada 2011